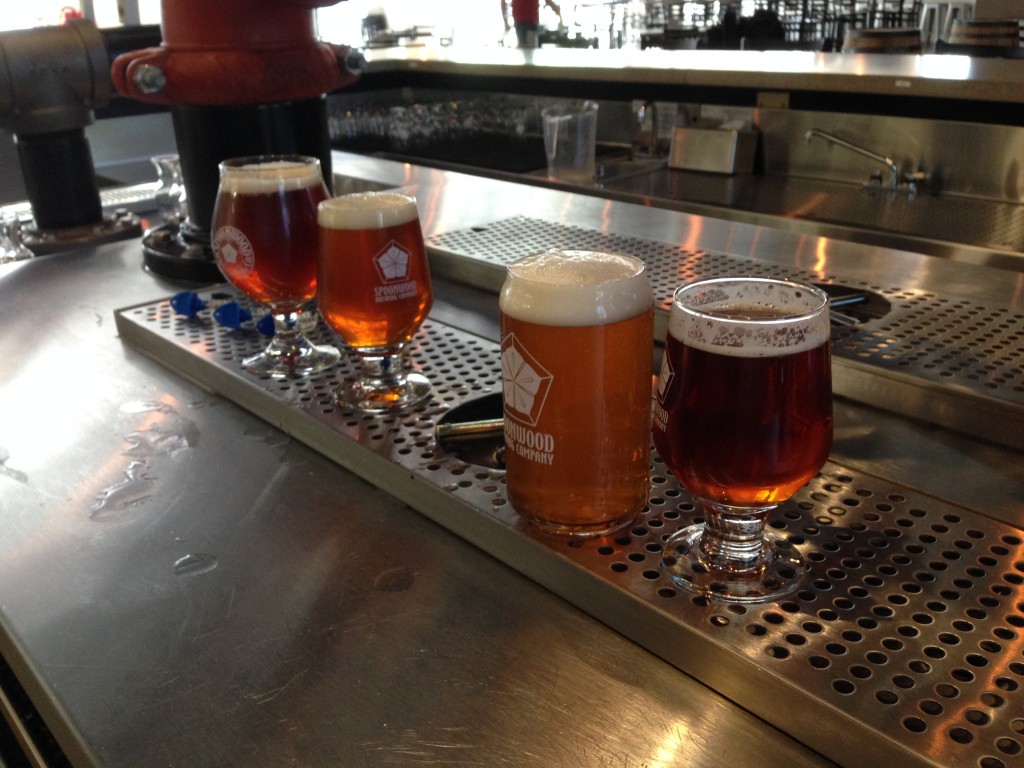 Steve Ilnicki doesn’t have designs on becoming huge.  But that doesn’t mean the head brewer of Bethel Park’s Spoonwood Brewing didn’t start big when the brewpub opened in late January. It’s a big space: a 15-barrel brewhouse, a full food menu, easy seating for 250 thirsty customers – or more, now that the patio is open. And it’s off to a big start.

While working as an assistant brewer at Homestead’s Rock Bottom, Mr. Ilnicki answered an ad on a jobs board at the American Brewing Guild’s web site for a new Pittsburgh brew pub; that turned out to be a new building at the site of an old railroad-themed restaurant – and an older train station – on Baptist Road in Bethel Park. Construction on the spacious building began late last summer and was wrapped up in time for a mid-winter soft opening. Read Full Article Here>