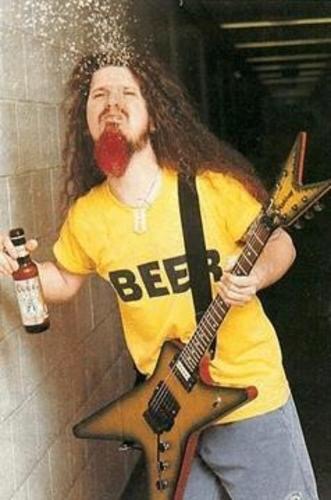 Turns out I was three for three on my predictions. We did, indeed, brew Good Tidings Belgian Christmas Ale, Chocolate Town Cream Stout, and Collapsium Barleywine. They will almost certainly be released in that order, beginning with Good Tidings on the first Wednesday in December. Barley Storm, our Winter Warmer, continues to rest patiently in the fermenter. It’s a big beer, in need of some extra tank time to mellow. Early samples indicate that the bottled version will age well, so we’ll definitely lay down a few cases. Barring any snags in the federal label approval process, bottles will be available on Wednesday 12/23. The draft version will be in your glass a week or two before that.

Five Believers is back on tap. It’s more of an Extra Pale Ale than a Blonde this time around. The modified recipe is lighter on malt and bigger on hops, featuring Nelson Sauvin and Motueka, both from New Zealand. These NZ hops give the beer a white grape fruitiness, with a touch of lemon and lime. And at 4.1% ABV, you can enjoy three or four and still hang your Christmas lights with poise and dignity. That’s my plan, anyway.

With several big beers on the horizon, it seemed like a smart move to get more wood. Our friends at Wigle were once again helpful in that endeavor. We picked up a pair of ex-Bourbon barrels, along with a pair that previously held multigrain whiskey whose recipe includes chocolate malt. The Bourbon barrels are begging to be filled with Barleywine, and the multigrain barrels will make a lovely home for the Winter Warmer. All four barrels hold only 15 gallons, which means two things: The aging process will be accelerated (hooray!) but the yield will be extremely limited (boo!). We’re also going to pick up another 53 gallon Wigle Straight Rye barrel to age an upcoming Imperial Stout.

The Imperial Stout in question is the beer we’re going to brew with Caliente Pizza & Draft House. As part of my brewerly duties, I recently had a few beers and a few Chicago dogs with Matt Moninger, former Church Brew Works brewer and current Caliente bar manager. We talked about Led Zeppelin, The Lord of the Rings, and beer, and we agreed upon a recipe that will include chocolate, vanilla, and chili peppers – none of which have anything to do with Jimmy Page or J.R.R. Tolkien (although Peter Jackson is rumored to have an affinity for all of the above). Regardless, we’ll brew the stout in celebratory fashion during the first week in December, and we’ll keep you posted with words and images.

Oh, and you can expect more Smoke & Oats and more Cold Drip City as we transition into the new year. And a Weizenbock is in the offing, assuming James has his way.